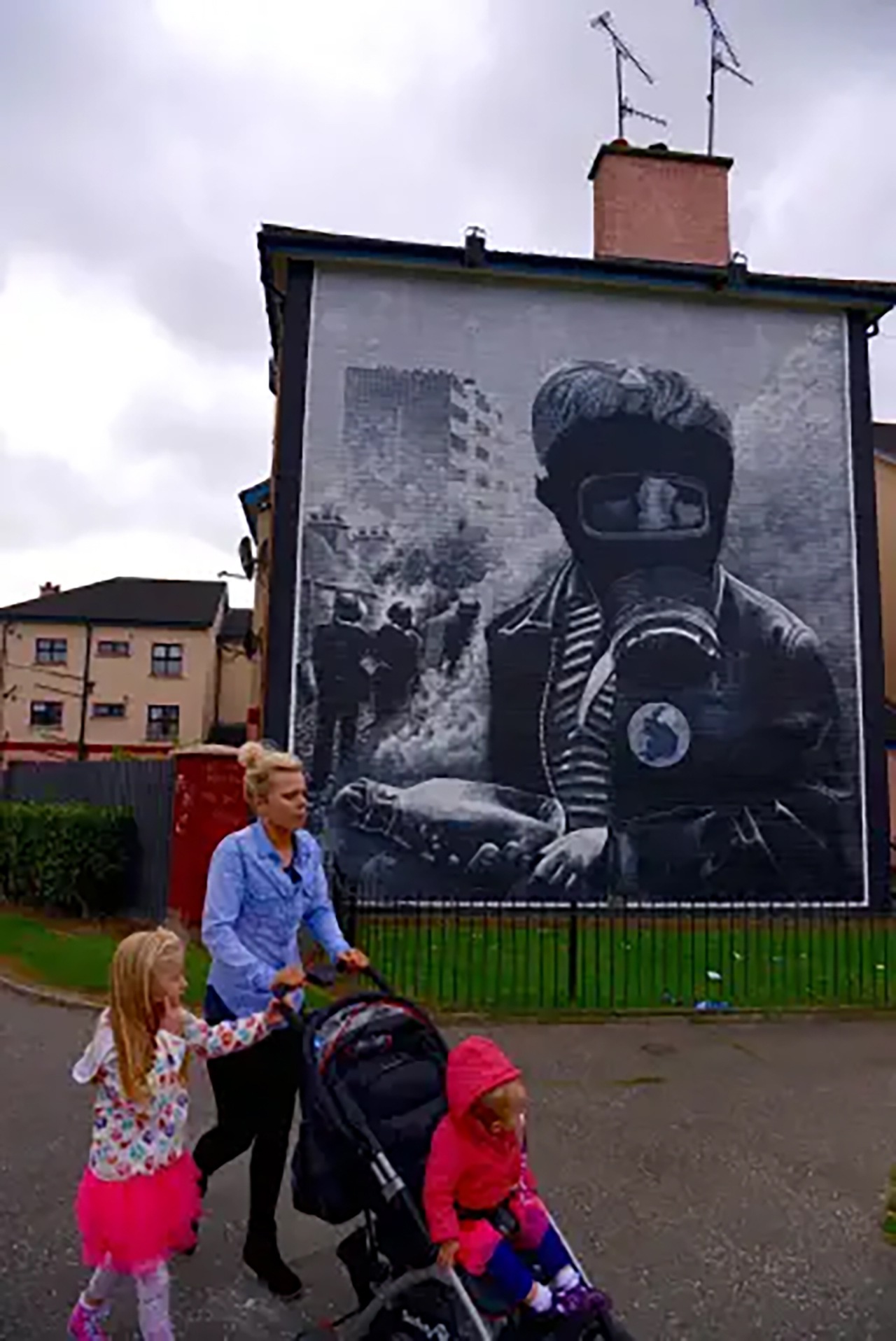 Michio Nakagawa, a renowned photographer famous for his photography of urban architecture and human life around the world, visited Ireland.
Through the photographer’s eyes we see contemporary life of Ireland, family scenes, pubs, workers and of course beautiful landscapes from Dublin to Northern Ireland to the Aran Islands. These impressive images will be accompanied by extracts from the work of famous Irish poets including W. B. Yeats, selected by Nobuaki Tochigi, an Irish literature scholar. The synergy of evocative photography and stirring poetry will surely convey some Celtic essence to the hearts of the viewers.

In the little island of Ireland, the sea is often rough and the wind can blow wild across the rugged landscape. There are few grand cultural and historic monuments such as you find on the Continent. Yet a great many people are strongly attracted to the place. Some are drawn by the spirituality, particularly the Celtic myths popularized by W.B. Yeats. Although Ireland has been dominantly Christian for many centuries now, the ancient gods and goddesses, fairies and leprechauns remain with them as well. It seems there are invisible beings around Ireland. As a photographer, who by habit only grasps visible things, I arrived at this edge of the world at the end of a journey. When things become stagnant, new things no longer rise up in the center, but come to light only in the margins. The edges of Ireland seem untamed, but at the same time they are fertile ground for new imaginings. Calm little towns and straightforward people touch the traveler’s heart. Leaning into the wind blowing across this emerald isle, I felt as though I could see the invisible.

1952 Born in Osaka
1967 Family moved to Zushi City, Kanagawa Prefecture.
1969 Met Takuma Nakahira, a notable photographer also living in Zushi at that time.
1974 Graduated from Tokyo College of Photography.
While working as an assistant to Takuma Nakahira, Nakagawa came into close contact with other influential people including philosopher Koji Taki, photographer Daido Moriyama and photographer Yutaka Takanashi through PROVOKE, a coterie magazine.
Took charge of the Urban section of Asahi Journal.
1976 Traveled through Europe and the Middle East to deepen his knowledge of cities, architecture and art.

Since then, Mr. Nakagawa has taken cities, architecture, culture and human life as the main focus of his life time work. He has traveled in Japan and also through numerous countries in Europe, the Middle East and Asia, presenting his photography and essays in the form of photography collection books, exhibitions and magazines.
Details >
< EX List