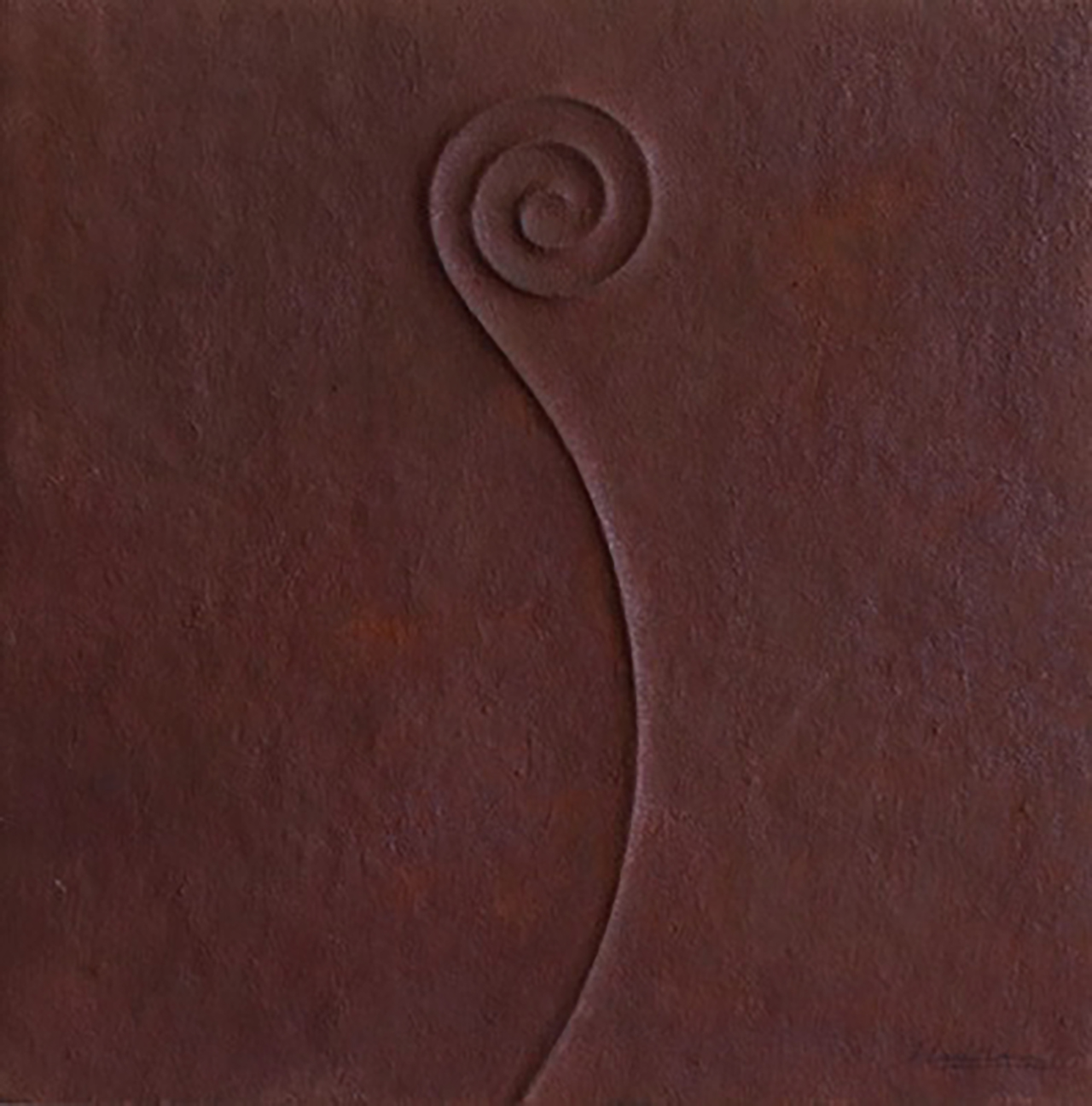 From ancient times to the modern age
from the four corners of the world
to the universe
universal symbols beyond time and space
evoke beauty and spirituality.

Such universality emerges as ‘invisible forms’
at the hand of the artist, Nobuo Hashiba.

Please explore the world of roots and symbols
through the creations of Hashiba
at Tir na nog Gallery.

In 1979 I visited Lascaux cave in southern France. I shall never forget the sight of the hands of the ancient artists printed on the wall inside the cave. Since then my artistic theme has been ‘origin.’ Origin for me has various meanings, starting with my own origin, which in turn is connected to the origin of Japan, of the world, of humanity and of the universe. To discover an origin is to confirm that the new expressions which I have been striving to create are always rooted in tradition and rich layers of history.

The Celtic culture is an origin of Europe. This culture, born in central Europe, was chased out to the west end of Europe, to Ireland, Bretagne and Galicia. It is interesting to note some similarities: that old culture surviving in the far west and the Japanese culture in the far east. Both cultures give great importance to symbols and signs. Celtic culture has mysterious spiral patterns and complicated braided patterns; Japanese culture has elegantly simple family crests. In all there are more than 20,000 kinds in the two cultures.

Symbols and signs are geometric. They are created by combination, repetition, rotation and reflection of simple elements such as circles, triangles and squares, so it is not surprising that similar designs are seen around the world. If a thing is visible, its form is easily accessible, but if a thing is invisible, how can it be expressed in form?

First some entity has to exist, before an inevitable form emerges and before words are spoken. A symbol which does not have such a source entity will never have a deep meaning as a symbol. For example, one of the Celtic symbols is the triskell, consisting of three linked spiral forms. Izanagi and Izanami, the mythological Japanese god and goddess who created the country, are often represented by two symmetrical spirals. Why would the symbol for the creation of the world be in the form of a spiral? It is very important to feel the universal meaning at its origin, more important than to know that similar symbols are seen around the world. That’s why the power of the forms of the invisible continues to fascinate people throughout the world, beyond time and space.

Born in Tokyo in 1950. Lived in Paris 1978-79. Since 1979, Hashiba has been engaged in numerous exhibitions, at venues including Ecole des Beaux Arts, L’atelier Yankel and Le Salon in Paris. Hashiba incorporates contemporary art in Japanese traditional ‘shitsurai’ culture, which is the art of gracefully placing decorations suitable for the season or for ritual in appropriate indoor places.
Details >
< EX List